How to Get Rid of Criticism and Defensiveness 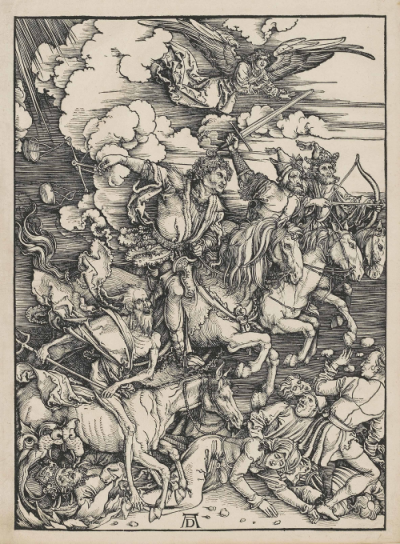 If you’ve ever heard of the Four Horsemen of the Apocalypse, you know they mean trouble. In the book of Revelation of the Christian bible these were folks on horses you never wanted to see coming your way: war, famine, plague, and conquest. 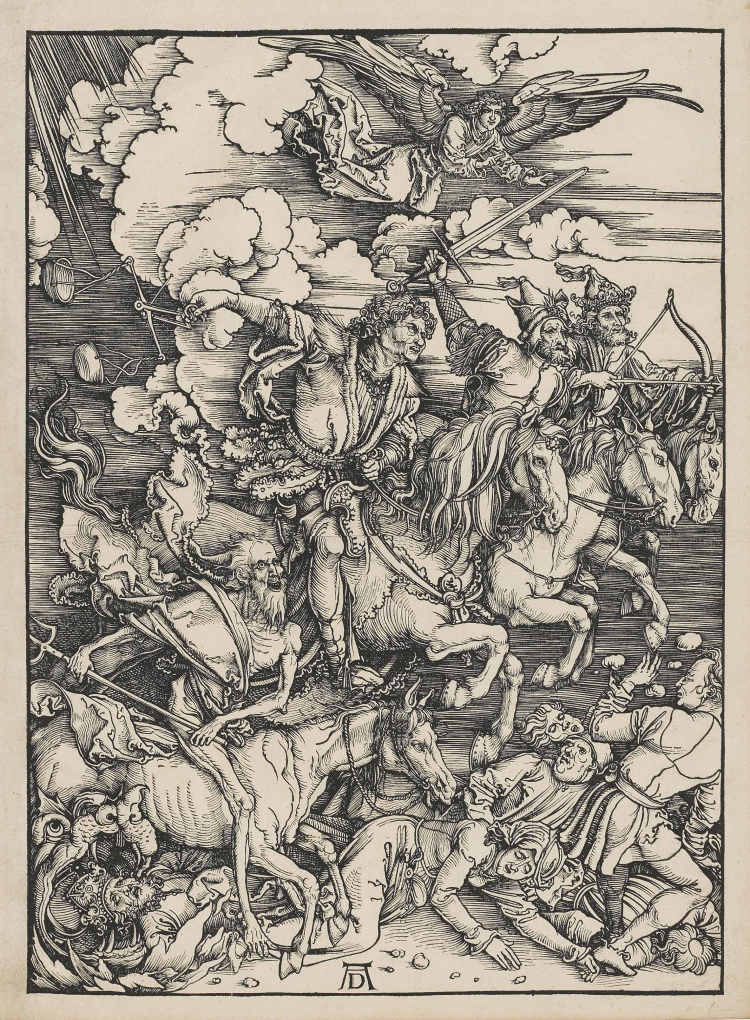 In relational terms, Dr. John Gottman identified four interactional patterns in his research with couples that can spell doom for relationships if they run rampant and he called them the Four Horsemen. So these are four things you want to make sure are not a part of your relationship. I’ve talked about Contempt in a prior blog. Contempt is one to get rid of entirely as it is the one most strongly linked to divorce.

Today I want to introduce you to another two, criticism and defensiveness. This unlovely pair is like a match set and generally go together. Let’s say I bring up an issue with my husband by saying, “You never do any dishes around here!” If you heard this coming your way, how might you react? Maybe with defensiveness? This is why these two are linked. Criticism is bringing up an issue or complaint in such a way as to point the finger at the other person. Usually there are global statements involved, like “You always,” or “You never.” You might be thinking to yourself, “Well, it’s true! There are dirty dishes in the sink as we speak!” It is important to talk about complaints we may have. Bringing up issues is necessary in all relationships. It’s the way we do this that is important. The antidote to criticism is bringing up an issue using this formula: “I feel       about      . I need      .” You may recognise this as an I statement, and you’d be right! “I feel irritated that there are dishes in the sink. I need some help around the house” is a much better way of bringing up those nasty cruddies over there. Using an I statement does not guarantee a successful conversation, but at least it gets the conversation going in a more gentle way. 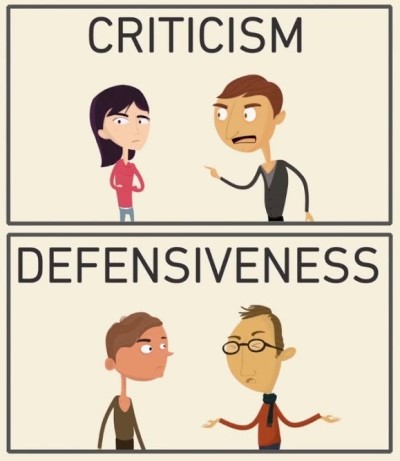 Defensiveness comes in at least a couple of different forms. When I feel attacked (maybe even when I may not be under attack), I will likely be defensive and may respond with, say, a counter attack. When I hear, “You never do the dishes!” I might respond with, “Well, you never water the plants!” Or I may respond with taking an innocent victim stance (the whiny option), “I didn’t know I was supposed to do the dishes! No one ever tells me things around here!” The antidote to defensiveness is taking responsibility, even for a small part of what is being discussed. For instance, in the example of the dishes, “I saw those dishes in the sink, and it would have been better for me to do them, but I was running late for work this morning, so they didn’t get done.” I once worked with a couple who had been working on getting rid of the four horsemen. One week, one partner said that things had gone better, but couldn’t put their finger on why. It turned out that their partner had decided to work on being non-defensive in their responses. It felt like magic! When one partner felt that their partner had heard them, the tone of the conversation changed and they were able to talk about what needed to be discussed in a calm and productive way.

If we have the habit of being critical and defensive, it might take some time to begin doing things differently, but it is so important to do so! No one wants to live with impending doom! If it feels like this is the case in your relationship, take a look at the way your conversations start, how you respond to one another, and work on talking about things differently. If this proves too hard to do on your own, consider attending a workshop or working with a therapist on practicing different ways to communicate.

Stay up to date with relationship tips and more